By XavaIreland Posted on September 9, 2010 in News 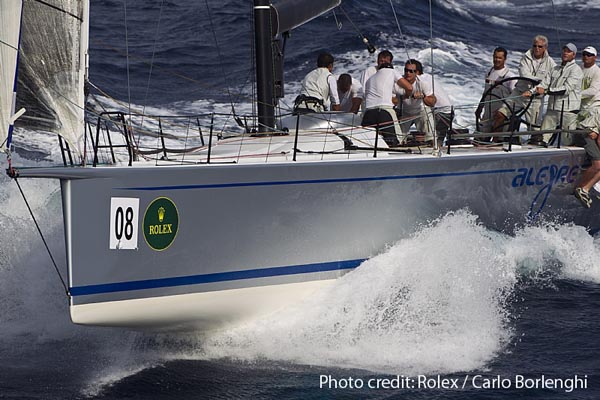 Andy Soriano’s IRC 69 Alegre won the 2010 IMA Mini-Maxi title after a tremendous season, sailing and winning in places such as Palma, Portofino, St. Tropez, Porto Cervo, and Capri, culminating in a close run second place at the Maxi Worlds.
More info on the IRC 68

By XavaIreland Posted on October 9, 2009 in News

Alegre the IRC 68 Mini-Maxi of Andres Soriano III sailed an extraordinary race to win a tough Rolex Middle Sea Race. This extends her record of success in major Mediterranean offshore events after first to finish victories and Mini-Maxi class wins in both the 2008 Rolex Middle Sea Race and the 2009 Rolex Giraglia Race. In very testing conditions with large waves and up to 40kn of wind producing significant numbers of breakages and retirements, Alegre led the fleet on handicap at each of the passing marks after Stromboli, approximately a third of the way into the race. Beating boats like the SuperMaxi ICAP Leopard and the 80′ Beau Geste on handicap and staying ahead of larger Mini-Maxi competitors such as the 72′ Ran II on the water was a testament to the non-stop team effort. Owner Soriano summed it up “this result shows what hard work, team spirit and supporting each other can do. We’re just friends sailing together and I’m so proud.”
More on the IRC 68 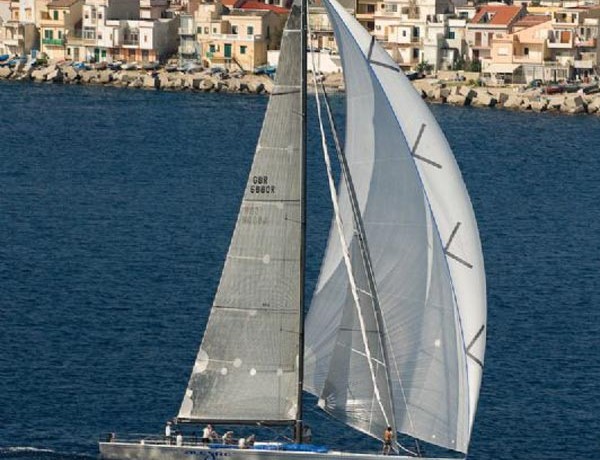 Alegre has taken line honours in the Rolex Middle Sea Race, beating her Mini-Maxi rivals on corrected time in this Mediterranean offshore classic.
More on the IRC 68