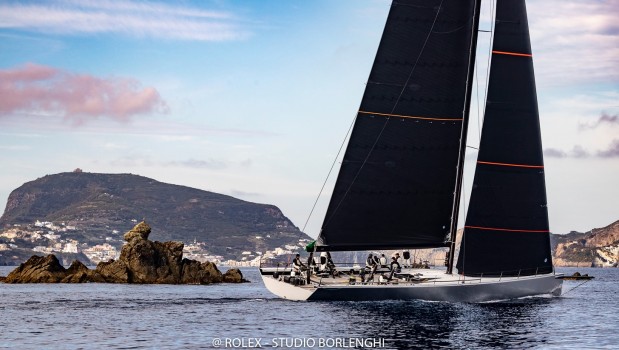 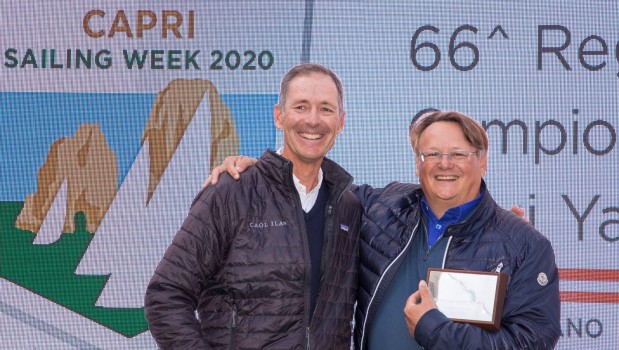 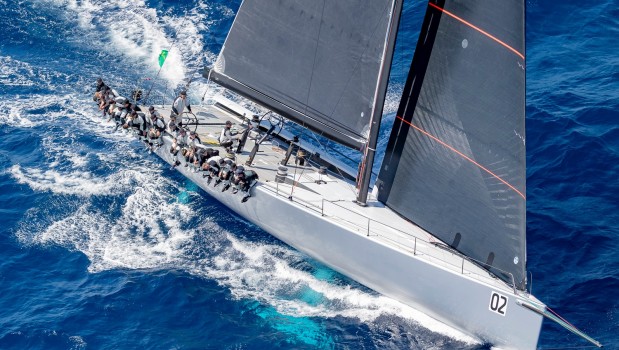 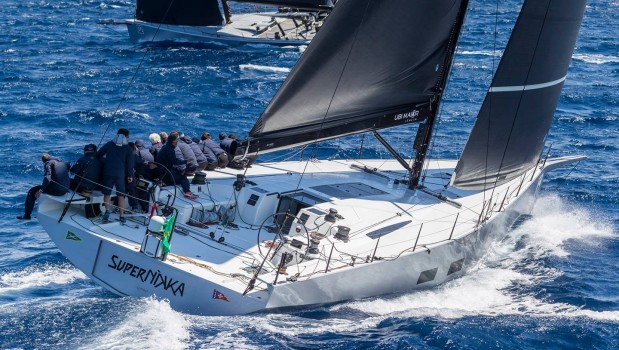 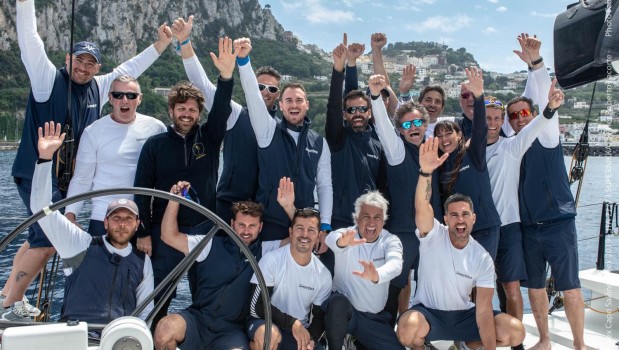 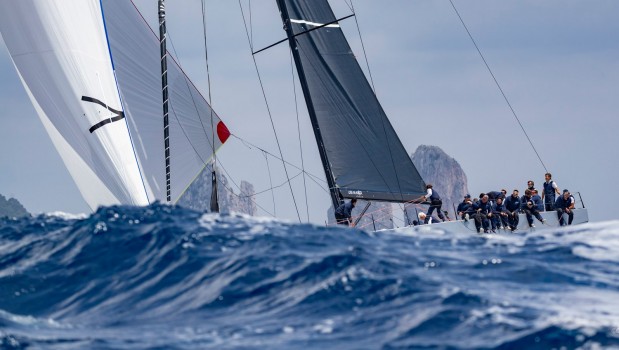 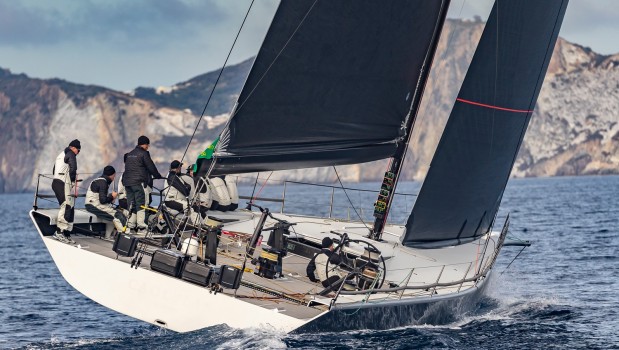 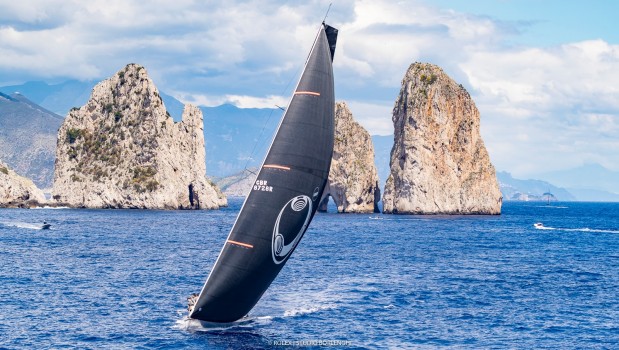 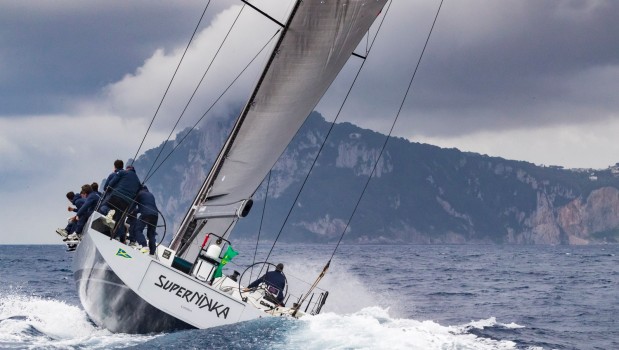 Mills Design scored a 1,3 in the Racer Division as the Rolex Capri Sailing Week concluded in the closest of finishes. Alex Schaerer’s Mills Design Maxi72 Caol Ila R knocked Sir Peter Odgen’s Jethou off the top spot on the overall podium after she secured a second place in today’s race as Jethou came home fourth.

Schaerer explained that it took a while to realise they had come out on top: “It was tough because we needed one boat between us and Jethou in order to win. We were hopeful we could get the Maxi86 Vesper [Jim Swartz’s winner today under IRC] between us but that didn’t work by 12 seconds. So then we said ‘that’s fine – Jethou did a good job this week – they won.’”

It was only when the time of Roberto Lacorte’s Mills Vismara 62 SuperNikka was corrected out, that it was found she had slipped into third, beaten by Caol Ila R by just two seconds. After discards were applied, Caol Ila knocked Jethou into second by 0.75 points with SuperNikka (the half-way stage leader) third, just 0.5 further astern after five races. SiperNikka’s result was all the more surprising after being moved to the Racer division from the Racer/Cruiser Class she has dominated for the last four years.

Caol Ila with Francesco DeAngelis as tactician was also first to finish in the light airs of the traditional regatta opener, the 65th Regata dei Tre Golfi from Naples to Capri, for the second year running.

This Video Sums Up What the IC37 is All About…