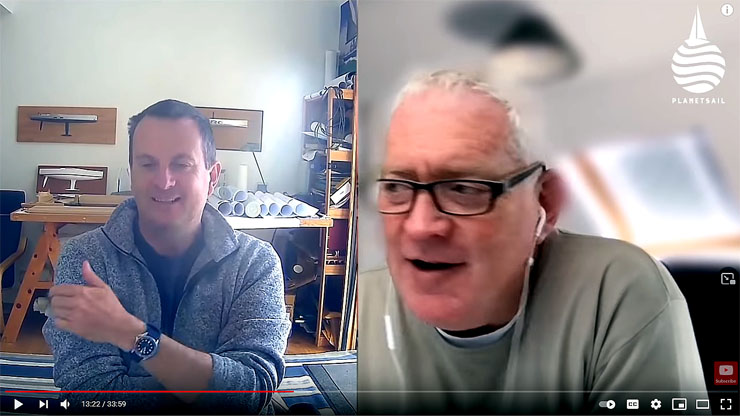 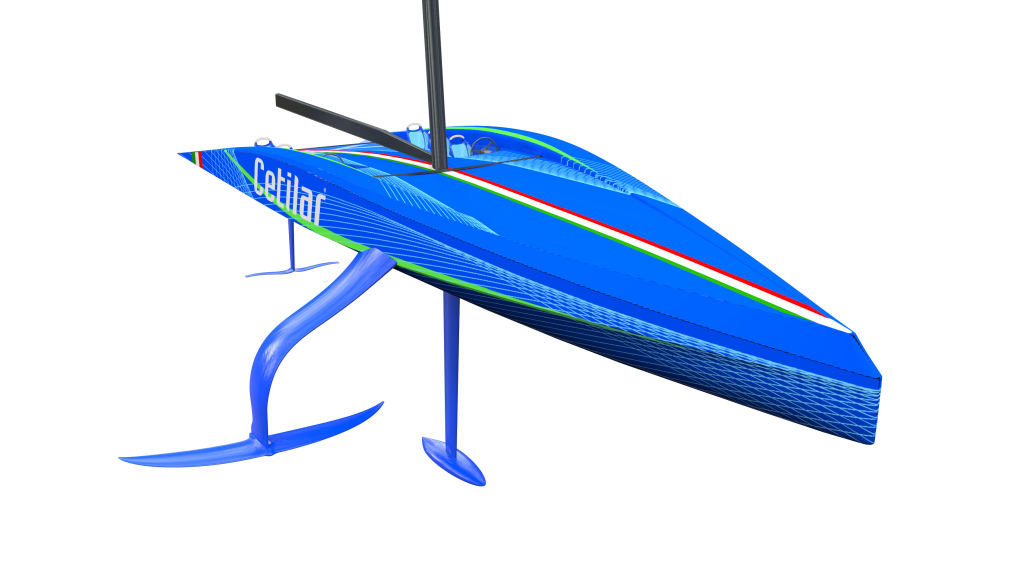 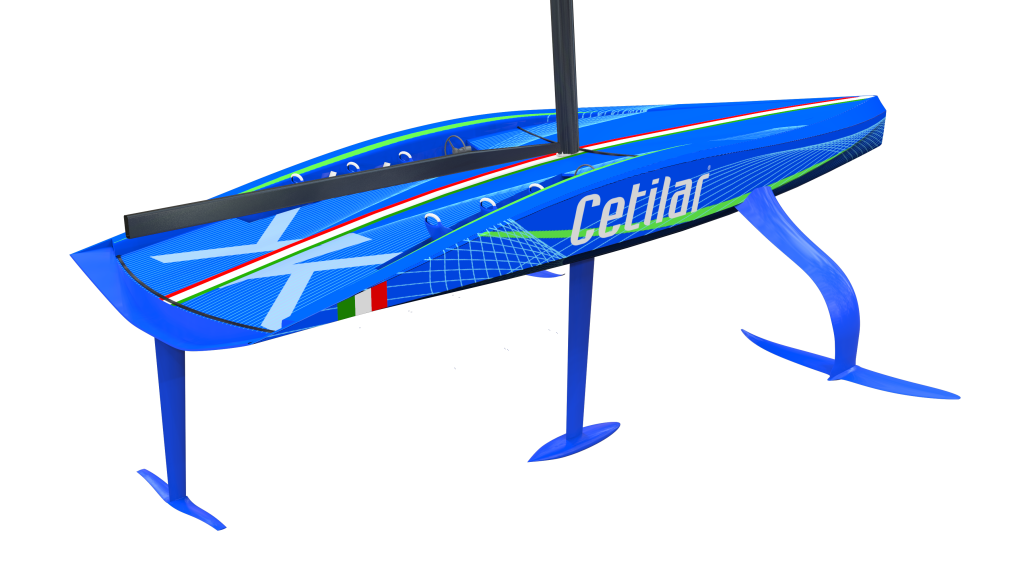 The Cetilar branding for our 60′ offshore foiler Flying Nikka has been revealed.  Cetilar, a brand of the sponsor PharmaNutra S.p.A., enthusiastically supports high performance sailing projects like Flying Nikka.

Sailing Anarchy posted Mark Mills’ recent interview with Ronnie Simmpson covering a number of our current projects such as the success of the Cape 31 and our 60′ foiler Flying Nikka. 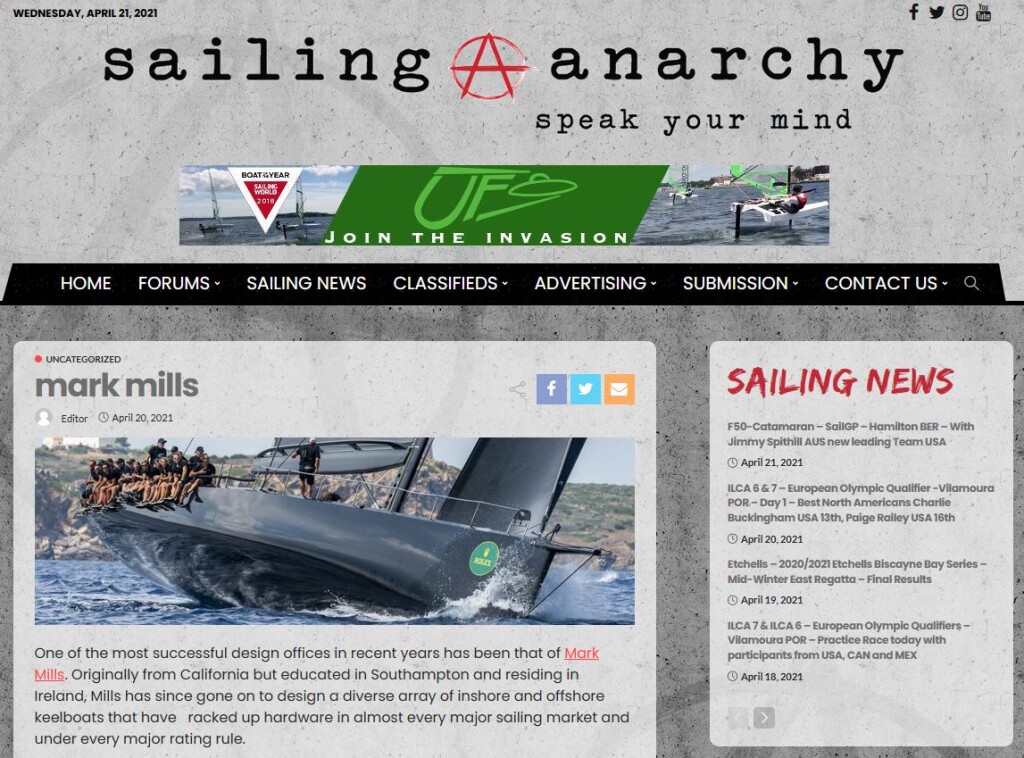 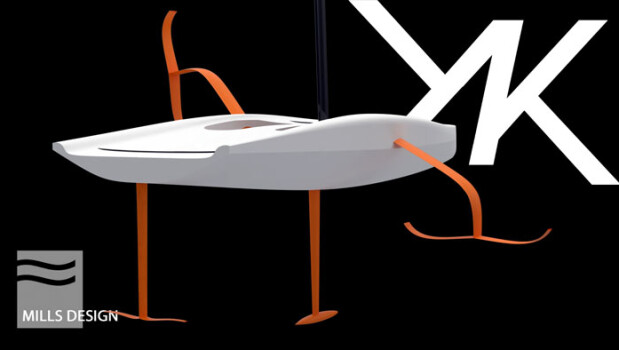 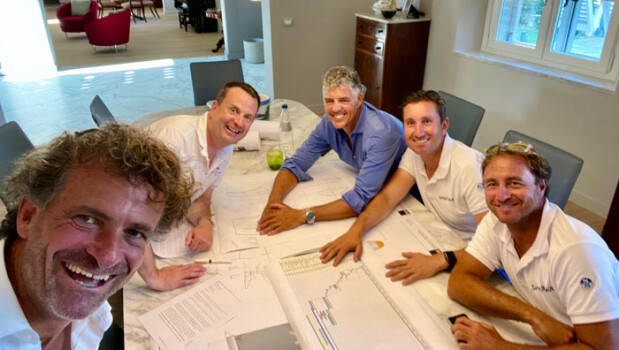 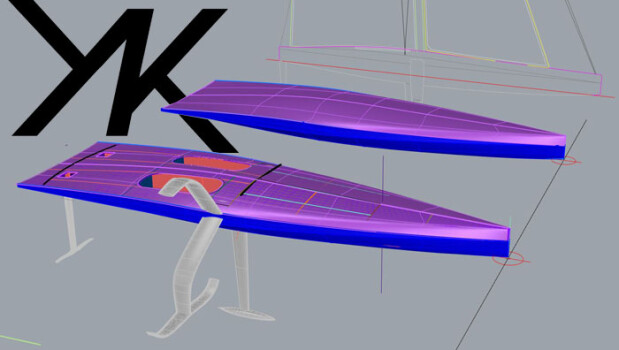 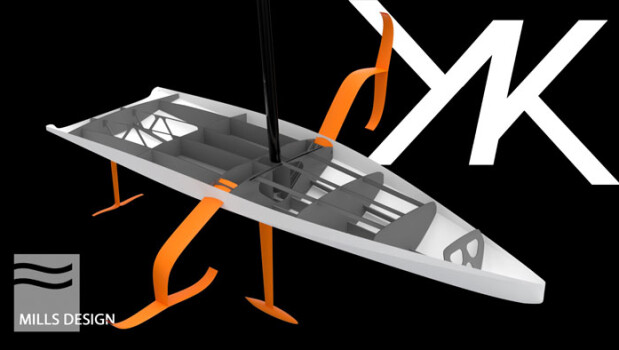 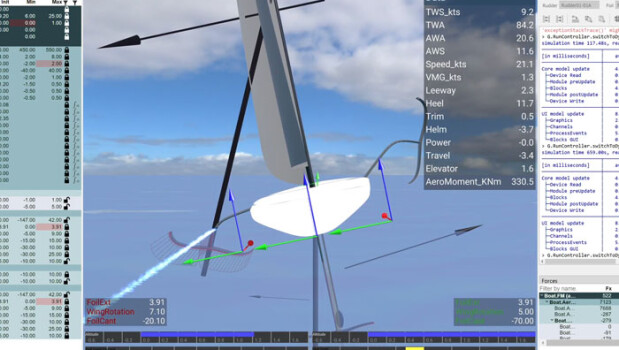 Mills Design is proud to be starting the most exciting new design project outside of the America’s Cup.  The vision of repeat client and Italian Owner of the Year Roberto Lacorte, seen above with designer Mark Mills and his sailing team led by Alessio Razeto of North Sails, is to be the first to have a Mini-Maxi sized foiler capable of coastal racing and to bring true big boat foiling performance to a wider audience.  This will take the lessons and some of the technology from the America’s Cup AC75 foiling monohull and put them together in a more user friendly and cost-effective package which can sail in a wider range of conditions.

Given the very challenging design brief we have assembled a team of specialists to ensure we can deliver Roberto’s vision.  Among the 10-man group are members with experience of 3 of the 4 AC teams currently competing in Auckland.  Our R&D Partners KND provide the analytical tools and expertise to evaluate the novel design topography, with aero input from North Sails design specialists, while Pure Engineering provides their relentless drive and technical knowledge to produce the lightest and most reliable platform.  The initial six months of preliminary design work has been focused on validating the concept, using the TNZ-developed Gomboc dynamic simulator (below) and the North Sails VPP to evaluate various configurations and foil geometries both when flying and in displacement mode.  Led by founder Gio Belgrano, Pure have developed an entirely new wing articulation solution to reduce foil cost and improve reliability appropriate to a project operating outside the rarefied conditions of the America’s Cup. 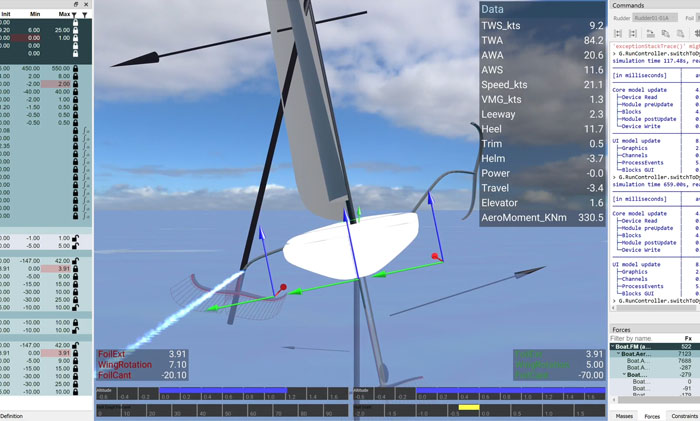 Our vision for the design is a robust simple platform able to foil in winds below 10 knots true, and capable of passing the various requirements for entry into mainstream race events, such as WS Offshore Special Regs categorisation including stability.  The need for limited Archimedean sailing in sub-optimal wind speeds and increased contact with the sea surface in a wave pattern leads to a hull shape differentiated from its AC75 siblings by greater concern for wetted surface.  Powered controls and winches assisted by a flight augmentation system reduce the burdens on the 5 man crew, allowing  the helm to focus on steering without also having to directly control ride height.

Now that the project is moving at full speed, the design team is focusing on development and optimisation of the design geometry and systems.  Over the next three months the hull, deck, and crew configuration will be finalised prior to the commencement of construction.  Builder selection is at an advanced stage, guided by experienced Project Manager Micky Costa who fills a crucial role linking the designers, builder, and sailing team to produce a reliable, simple and effective sailing machine.   Stand by for updates as the project progresses towards flying over the Mediterranean in 2022. 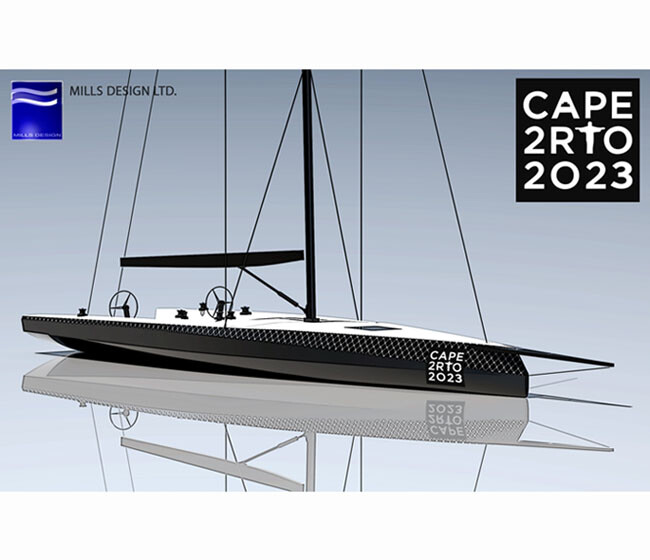 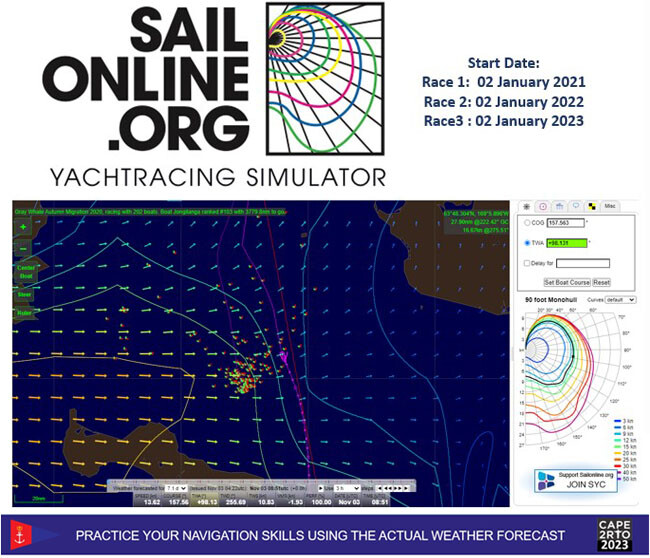 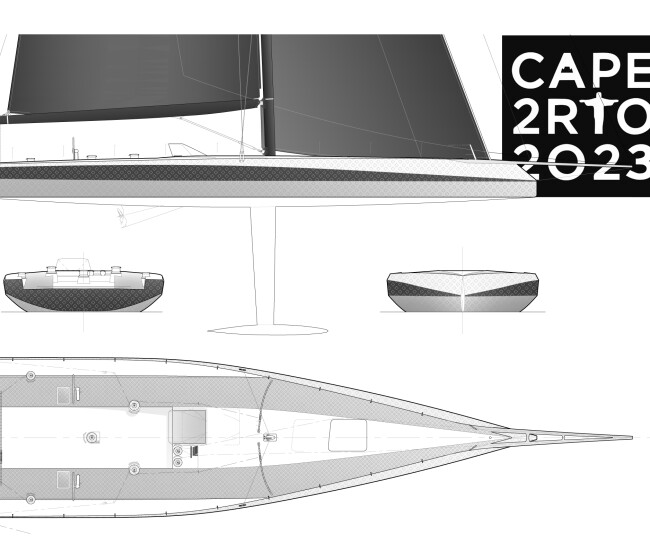 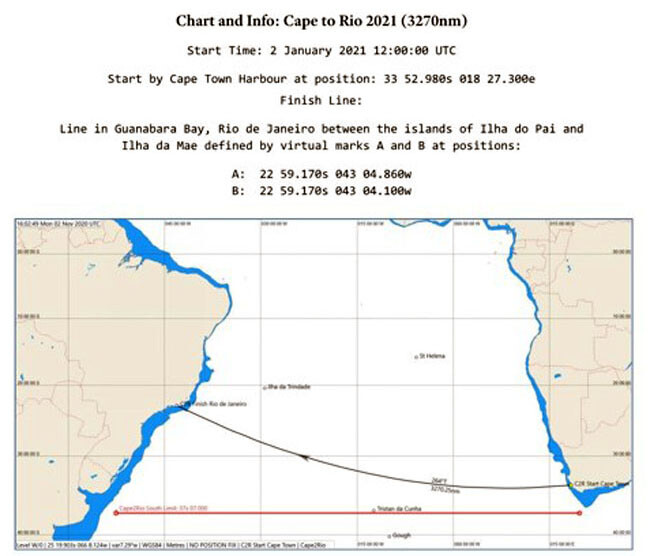